Our story started in 2007 and, in some ways, little has changed… and in others, so much. Women with huge golden nose-rings and turban-like head-covers still labour in subsistence farms, tending the walls of paddy fields, planting, weeding, cutting, and threshing crops by hand. Buffalos still plough fields. Bees buzz in and out of tree-trunk hives on the walls of every home. Rice and vegetables are eaten twice a day. Most people are still culturally Hindu…with some Buddhists, Christians or animists. All look to the mountain beyond, Kangchenjunga, as a holy mountain with the top often covered in a floating cloud. Pathibhara is where one of the most significant temples in Nepal hugs the foothill, and there are still flags, bells, fires and offerings to the gods. These are all unchanged since time began.

What has changed in this new decade is the sense of being part of the world. We are so much more ‘connected’ in the village. Mobile phones in every adult hand. Hydro-electricity from the dam along the river (built by the Chinese) means we have light, and power for our computers …and for TVs. For those who have never been far from these mountain slopes, this is a window on the world. As have been the visitors I have brought with me from the UK, Germany, Hong Kong, Nigeria, Russia, Poland, USA and India. They have brought a view on another world where men and women of all ethnicity  are equal and all can achieve great things (my visitors, over half female, have run a Local Authority, a Housing Association, an Insurance Company, a Children’s Trust, scientific research projects, and worked in IT development, brand design, social working, teaching and banking). Together we have brought the first Lego, recorders and scientific experiments. These windows on the world have fired the imagination of our students some of whom are now studying to become Software Engineers, doctors, nurses, civil and electrical engineers and more…..girls and boys alike. 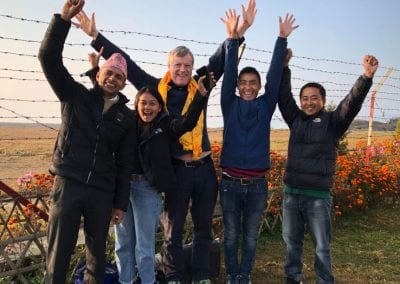 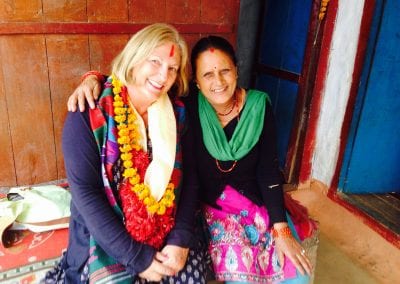 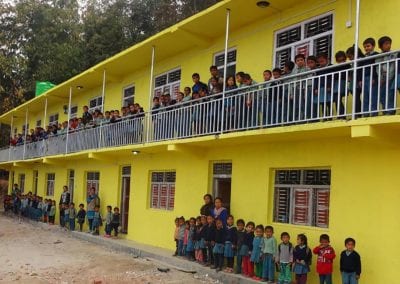 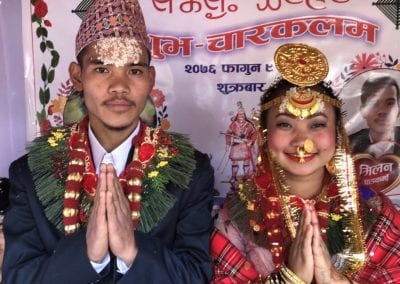 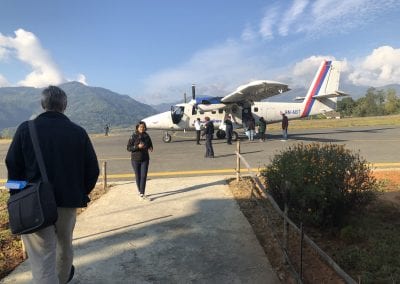 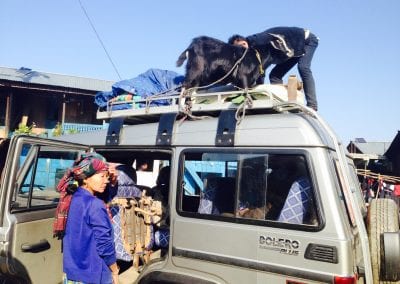 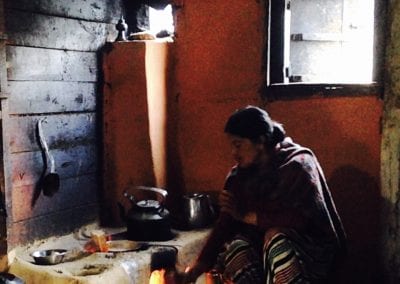 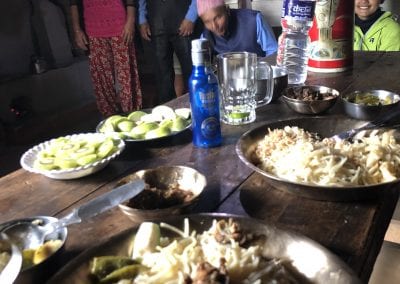 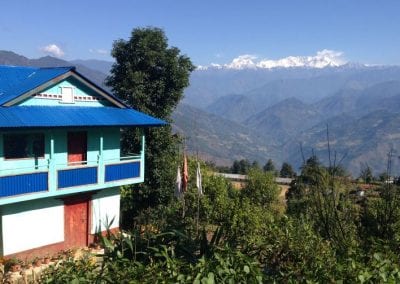 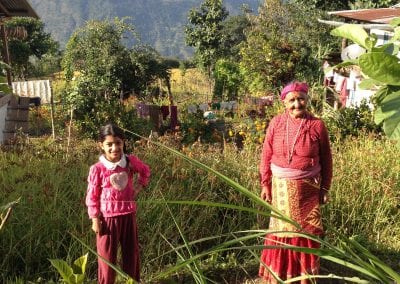 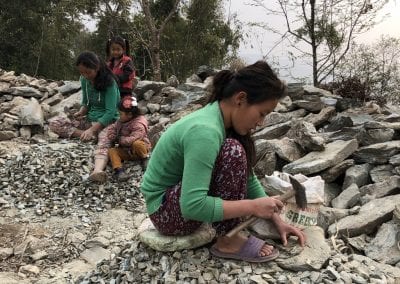 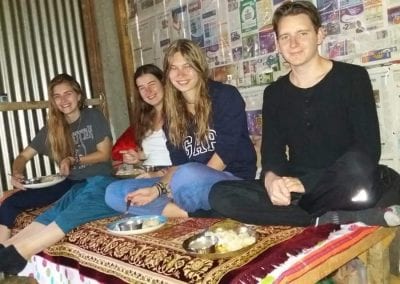 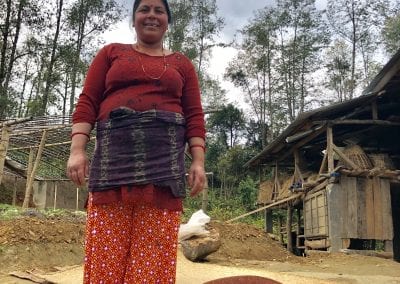 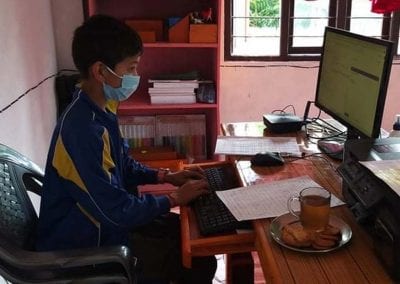 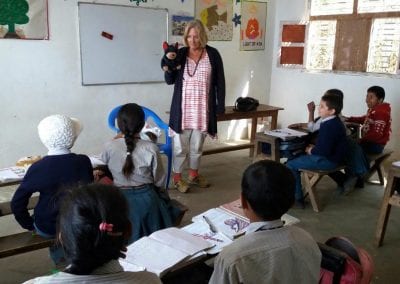 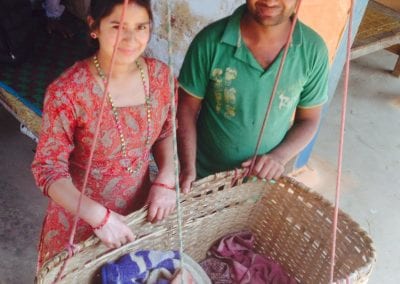 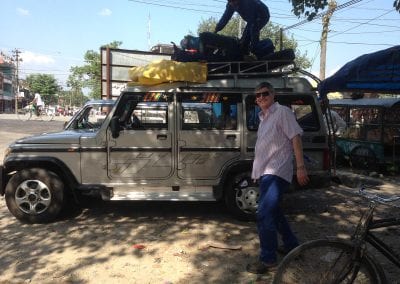 So we now have six goals, with projects in play, building on our achievements

Aptitude Software has given us more computers – so we now have 25 from them – a complete game-changer. They continue to give some remote support. We need to find a way to make our bandwidth better so that we can stream the many wonderful educational resources that would teach them coding and introduce them to technology and practical science. We are also looking to set up a practical science room.

The new school is flourishing just up the mountain-side. With 60 4-6 year olds, we have six teachers/ teaching assistants for the two classes. The teachers are Montessori trained – in a huge adventure which saw three taking a first ever flight to Kathmandu, managing the chaos of the big city and graduating with flying colours. The classes are now fun, noisy, engaging and children learn not only the basics of Maths, writing and reading but in both Nepali and English. We are continuing to develop learning resources and also building a playground with swings etc. through the generosity of Sharon Moffat and her choir.

The poorest children in the village struggle to get to and stay at our school. So we now sponsor them to clear away their problems as far as we can, with thanks to Anne Spurr and her friends. All children receive free text books and uniforms (including warmer jackets and a set of PE clothes.) We also give all girls who need sanitary wear all that they need to ensure that they do not miss school. We help with warm clothes in the winter (with thanks to Claire Shuttleworth). We would like to be able to make all education free not only in our school but beyond…

Most parents cannot afford to pay for their children to go to university. We hope to sponsor some students to help with tuition fees, accommodation food and books. We are being given good second-hand laptops to give to keen students who wish to develop their IT skills, especially in coding, after they have left our schools.

We need to get the best possible teaching. We have a two-pronged approach to this: (a) having found good teachers we try to help them to develop and give them resources to do better than they would be able to do elsewhere….and support them to achieve what they want to eg this year we built a house for two (married) teachers, from outside the region, so that they would stay on and continue their outstanding contribution. (b) finding a way to bring the best learning on-line from around the world…. with limited bandwidth. This will require lateral thinking. We’d like to receive help from a Software Development organisation to set up an academy that can become a feeder into their huge industry, whilst, perhaps, still keeping young people in their villages.

Finally, our budding tourism social enterprise. Very few visitors come as yet to Mount Kangchenjunga, even though we have a new airport and a road to the trail. But they will come. So we have built the first of our luxury Limbu style houses called ‘Kangchenjunga View’ just off the track, high on a foothill, with amazing 360’ views and wrap-around balcony (with rockers!) Sleeping 4, with modern bathroom and kitchen, it is both comfortable and truly inspirational. We have already had bookings but much is paused in 2020 – we hope this will in the future go part way to helping the school become sustainable. Our visitors are handheld from arrival in Nepal to departure, with guides and housekeeper/cook to assist at every point. With direct flights from Kathmandu to nearby Taplejung, visitors can experience the extraordinary and ancient sights in the Kathmandu Valley as well as experiencing Nepalese culture and treks in our world-famous Himalayas.