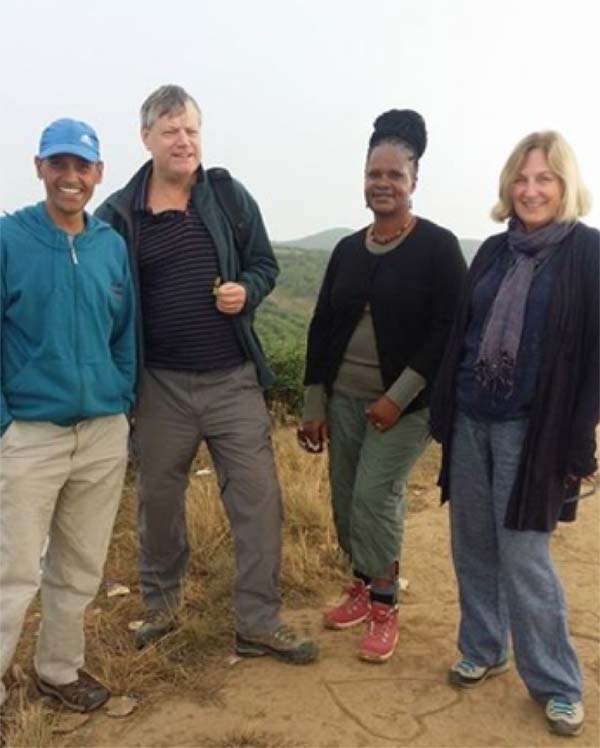 Many people in the West see Nepal as a dream destination for a trekking holiday, rich in culture, a place of peace, beauty and distance from the everyday bustle of busy life.

And so, in 2007, I decided that I was in need of some of that and discovered over the internet a little company called Himalayan Ecstasy based in Kathmandu that guided trekkers of all abilities from short to serious month-long hikes up Everest and more. Moti Bhattarai, a director, met me at the airport and we had 10 days to experience Nepal. It was monsoon season and so we had the mountains almost to ourselves. The foothills were green, luscious places with bamboos, cardamom plants and outrageously red, giant poinsettia. The sky peeped out from behind clouds and tantalizingly allowed us to see glimpses of the snow-clad mountains high in the sky.

As we walked we talked and talked and talked. Moti told me about the village he came from in the far north east on the slopes of Kanchenjunga, 100 kilometers from the nearest road, where everyone was a subsistence farmer, where some families had dug a swimming pool for hydro-electricity which lit a few 40watt bulbs, where most had no electricity, gas, clean water, hospital or education. And no inward investment in the region from a government that paid more attention to controlling their citizens than enabling them, or from the big charities for whom it was too remote, or the NGOs that focus on Kathmandu and busy Pokhara.

I was Managing Director of Q. Learning Ltd. and, in a rash moment, I said the Company would build a school in his home village, Hangdewa.

I suppose I thought we could write a money draft and all would be well. Q. Learning Ltd. is a boutique management consultancy that is used to working world-wide in challenging situations, often where others have failed before us…but nothing quite prepared us for the lack of infrastructure in remote Nepal. It took days and days to get there (Delhi, Kathmandu and then 64 hours by bus, jeep or lorry!), there was a 90 minute walk over a landslide from the nearest town of Taplejung. Building materials had to be hewn out of the ground by hand or carried on people’s backs up the mountain side. There was no internet and no post….and no delivery agency prepared to deliver there. No-one had previously managed such a project, or the finances, and there was no bank account. The communists were temporarily in power and had rules to be followed, including one that said that at least 33% of any committee must be women and so, fortuitously, our school committee had to have women members, and yet no woman had until then spoken in public. And where would excellent teachers come from? 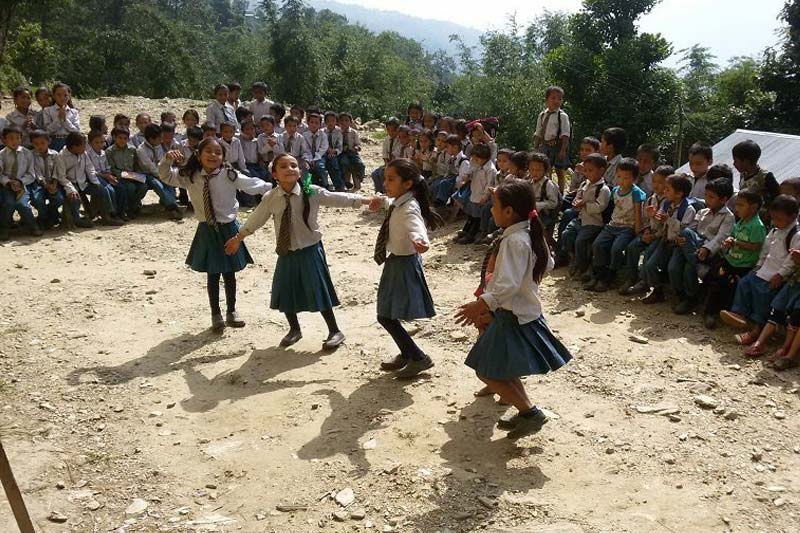 As the years pass, the village has made this project work.

There is an unending enthusiasm for education and there are about equal numbers of boys and girls in school.  5 classes to start with have now expanded to two schools for children 4-16, with 30 starting in a class. Some villagers gave the land, other villagers helped to build toilets or even brought their own window frames.

Now they drop into the school to look at books, to check the children have their food and to walk children home. They are asked for feedback on every aspect of the school. 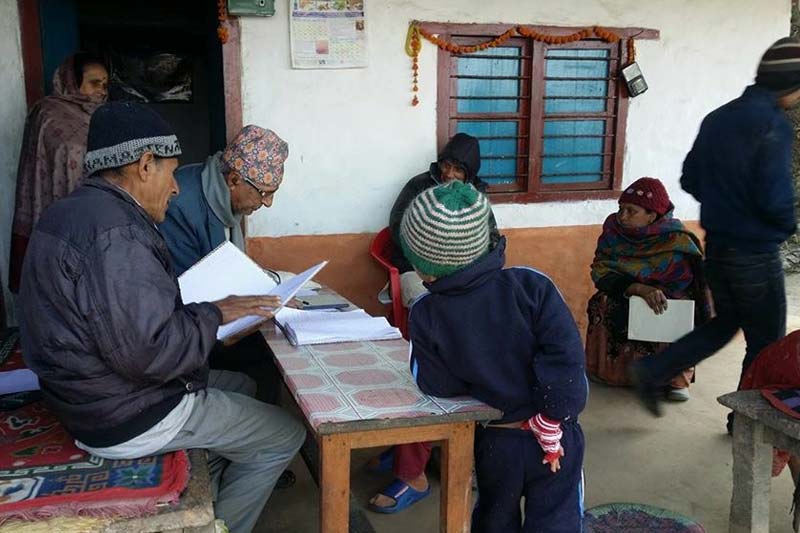 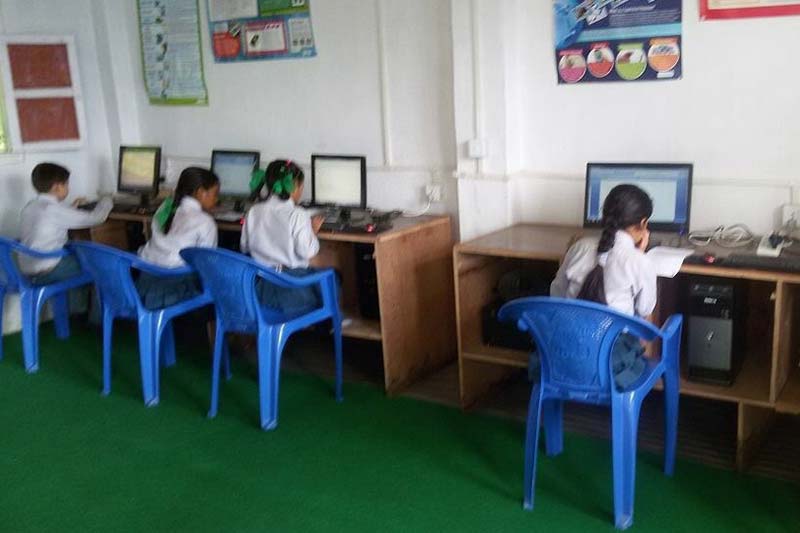 Q•Learning Nepal Trust CIO has continued to fund the school beyond the token contribution many parents make.

The teachers are paid a premium salary based on qualifications and experience. The children receive school uniforms and books. General maintenance work on the school is done. Thankfully, others have joined in with a visiting couple from New Zealand (Pauline and Laurie Bennett) committing to 5 years of donations, with the looked-after children of Doncaster Children’s Trust raising hundreds of pounds for clothing and Sharron Moffat raising money for equipment and materials at the new kindergarten school, with Aptitude Software donating 25 computers and the time of three software engineers to set them up as an intranet, and their CEO, Tom Crawford, personally sending laptops for the smaller children, and others who have given financial support.

Perhaps most exciting of all, is that school students are moving into careers themselves.

The schools have a school alumni which includes young people studying medicine, nursing, radiography, teaching, civil engineering, electrical engineering, computers and more. It is truly amazing what can be done if enough people get together and help. I am so excited about our plans for funding educational improvements and how relatively small amounts of money as donations can bring about enormous change. I look forward to welcoming you as a member of the Q.Learning Nepal Trust CIO family. 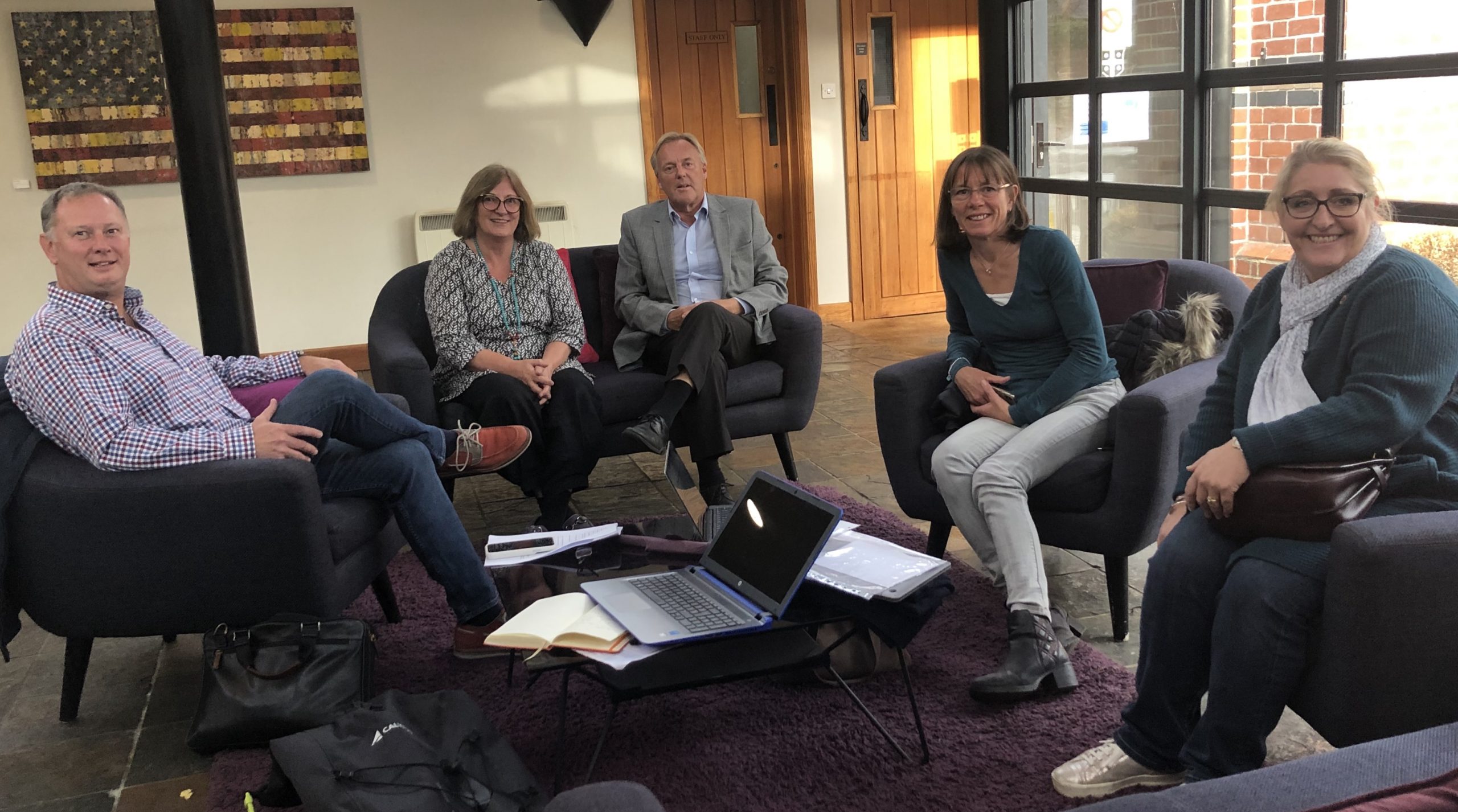